This addition and renovation program was developed in response to the congregation’s increasing attendance and desire to maintain a downtown location as long as the site could accommodate the church’s growth.

The site development provided 49 new parking spaces, a new covered entrance canopy and a courtyard/playground area. Attention was paid to the need to tie the existing facade and church architecture into the new addition.

The effort was measured as a success by the Masonry Institute of Tennessee, which recognized the building as an Award of Merit winner.

The church also chose to function as their own building contractor. They contracted in some instances with major subcontractors; hired certain laborers directly; and used volunteer labor as well. These cost-saving methods, the architectural design, and the particular choice of materials allowed the congregation to build a large amount of space at a relatively inexpensive price.

Approximately 10 years after the completion of this project the church’s continued growth necessitated a move to a larger site outside of town. The downtown facility was sold to Lee University and Community Tectonics was selected by Lee to convert the building to serve the Business Department of the University. 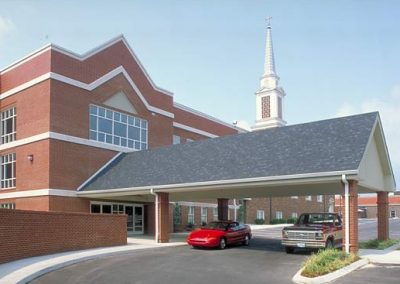 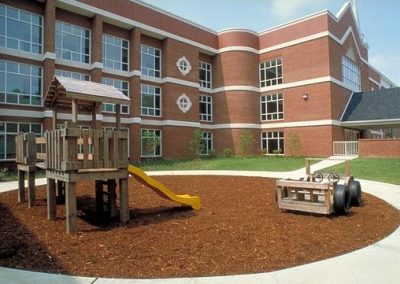