CTA provided the original master plan for Lee University over 25 years ago and has been designing projects for the campus ever since.  The College of Business project consisted of renovation of a three-story building and construction of an addition. The project was constructed in phases utilizing the CM/GC delivery method to accommodate campus schedules and to allow portions of the building to be used during construction.

The challenge of the project was to refocus the primary view from the steeple and main entrance of the former church building to the center of the business building on the north where a new student quad was proposed. Grades were raised one story to match the elevation of the quad and an addition was constructed to draw attention to the new main entrance.

The original sanctuary was converted into a high tech performance and lecture facility for 650 as part of the first phase. After this, the new three-story building shell was constructed and trussed roofs were added to create a new appearance from the quad. Minor renovations and code corrections were made to the ground level which remained operational during the entire construction process. Existing spaces were gutted and converted to new media and business labs, academic classrooms, and administrative spaces. Faculty offices were located together in a section of the upper floor. 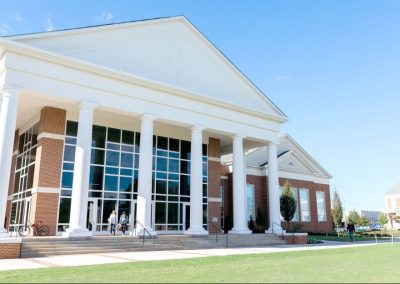 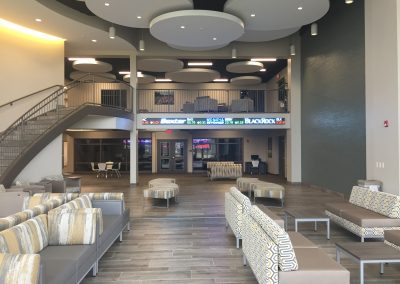 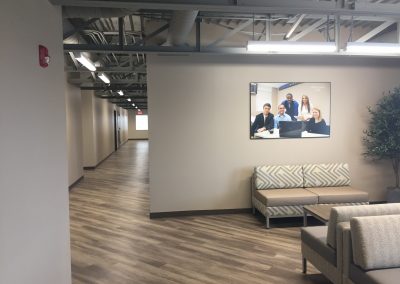 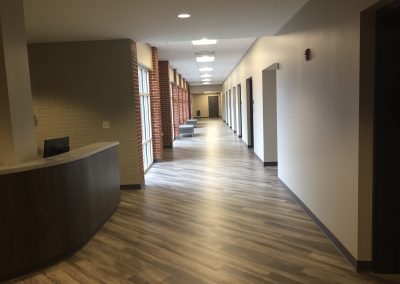 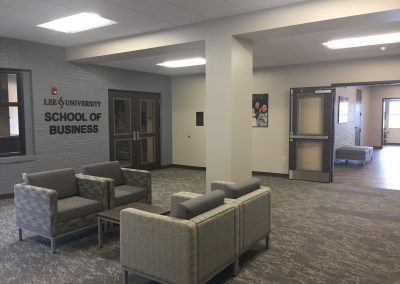 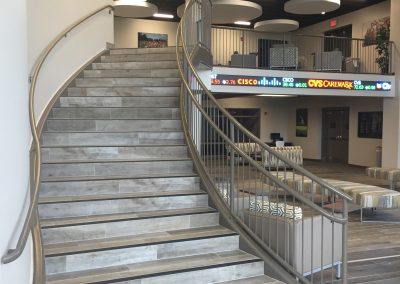